What To Do After a Hit-and-Run Accident

Causing an accident and running from the scene is becoming a more common crime in the U.S. At-fault drivers may be more inclined to run from the police than to take responsibility for their actions – especially in catastrophic or fatal accidents from the driver’s recklessness.

Although harsh penalties for hit-and-run in the state aim to prevent this crime, thousands of cases still arise in California each year. In 2016, 337 Californians died in hit-and-run crashes. The probability of you getting into a hit-and-run is somewhat high. If an at-fault driver breaches the duty of care to you and runs, certain actions could help you recover compensation. To learn more about your legal options after suffering losses in a hit and run accident, speak with an experienced hit and run accident lawyer in Sacramento. 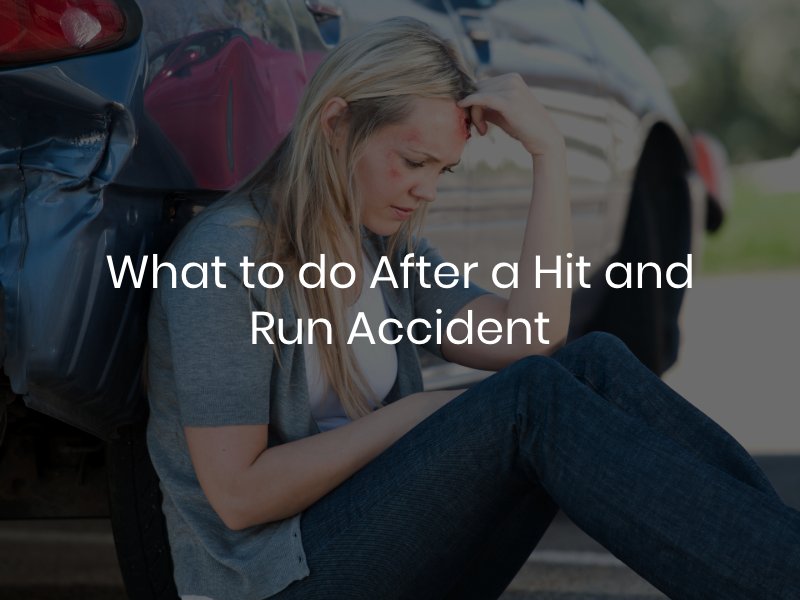 The police are your best chance of finding the person that caused your accident. Calling immediately, from the scene of the hit-and-run, can help preserve key evidence. The police may be able to act quickly to save and collect evidence such as cellphone camera footage, video surveillance tapes, eyewitness statements, photographs of the damages and evidence the driver left behind, such as the color of the other vehicle’s paint left on the victim’s car. Contact the authorities even after a minor hit-and-run accident.

As someone involved in the collision that remained at the scene, you may know more about the crash than anyone else. Talk to the police from the scene and give all the information you know. Report where your crash occurred, what direction you were driving, how fast you were traveling and any other details about the collision you recall. If you briefly saw the at-fault driver, give as detailed a description as possible. The police may be able to locate the hit-and-run driver based on the year, make, model or color of the vehicle even if you did not see the plate numbers.

Learn About Your Injuries

If you notice pain, stiffness, bruising or another injury, request medical assistance right away. Do not dismiss or underestimate your injuries. Tell the responding police officer that you may have an injury and wish to see a doctor, even if you feel fine. Paramedics can assess you at the scene or a friend can bring you to the hospital. You will undergo a physical exam and possibly other tests, such as x-rays, to try to diagnose the condition. Keep track of all medical records and treatments for future use.

Work With the Police

The police will launch an investigation into your hit-and-run accident. The responding officer has 10 days to continue to investigate your crash before submitting the finished report to the station. Cooperate with the police during an investigation. Always tell the truth, using the facts rather than speculating about the collision. Do not apologize for the accident or admit fault, as this could hurt your odds of securing compensation. Telling the truth can keep your story consistent.

California is a tort state. The person who caused your hit-and-run accident should be responsible for your medical bills and other damages. Yet if this person flees and remains unidentified or on the run, filing a claim with the at-fault driver’s insurance company will be impossible. Instead, you may qualify for compensation from your own insurance provider.

Contact your insurer within 24 hours of the collision to report the accident and ask if you have uninsured/underinsured motorist coverage. If so, your insurance company should offer benefits. Otherwise, you may need to take your claim elsewhere.

In some hit-and-run cases in California, victims can hold third parties responsible. If the driver would not have hit you had the city designed a safer crosswalk, for example, you may be able to demand compensation from the city government. A personal injury lawyer can review your case and work through the facts with you. A law firm may have its own investigators who can take another look at the available evidence surrounding your case. You may have grounds for a civil lawsuit against one or more parties.