Hit-and-run accidents are a growing trend in America. The most recent statistics from the AAA Foundation for Traffic Safety report the highest number of hit-and-run fatalities on record: 2,049 people died in hit-and-runs in 2016. The number of these accidents has also spiked in California, with a record high of 337 deaths. When a driver flees the scene of an accident, a thorough investigation may be the only chance for victims to obtain justice. 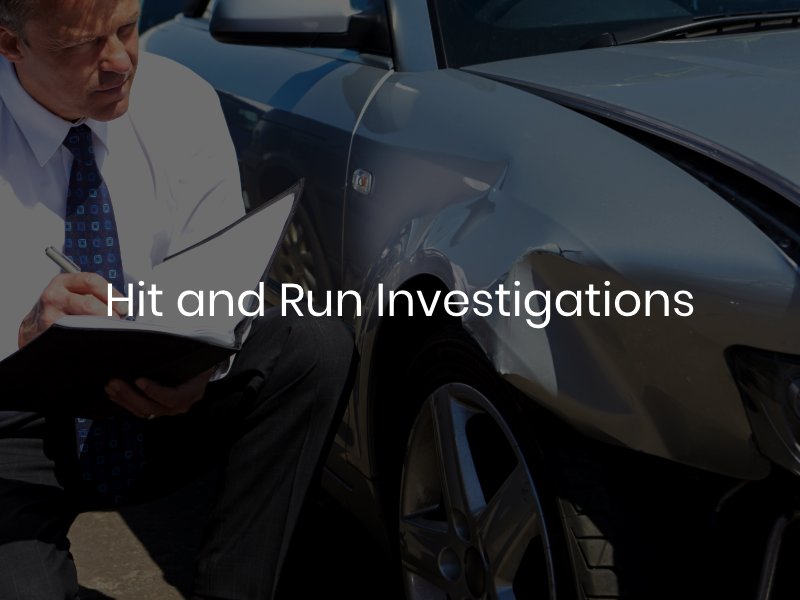 Calling 911 is one of the most important things a victim can do after a hit-and-run accident. All drivers involved in a crash, no matter how minor, must pull over and fulfill specific duties before leaving the scene. Driver responsibilities in California include calling the local police or the California Highway Patrol, according to Vehicle Code 20008, if the crash caused injuries, deaths or more than $1,000 in vehicle damage. If a driver calls the incorrect agency, the agency will immediately connect the driver to the right people responsible for investigating the collision.

A police hit-and-run investigation will focus on the facts available. The responding police officer will visit the scene of the accident to find out what happened. The officer will gather statements from victims and witnesses. Then, the officer will collect any available evidence from the scene of the crash. This may include photographs of the scene, brake marks on the ground, paint chips on the damaged vehicle, video footage or pieces of the other driver’s car. A police officer has 10 days to complete an investigation. A police officer must then submit a report to the police station and the Department of Motor Vehicles.

Even if a crash is more minor than the parameters in Vehicle Code 20008, a driver should call the police about a hit-and-run. It is a crime to leave a car accident before exchanging information with the other driver. Notifying the police can alert them to a criminal in the area and launch an investigation. The police may be able to track down the person that caused the accident and force him or her to take accountability. At the very least, the police can create a hit-and-run report with important details about the accident.

Unfortunately, the police in California do not solve many hit-and-run accident cases. In many situations, there is not enough evidence to build a case against someone. In others, the hit-and-run driver is long gone by the time the police get a lead. With no information about the driver (or the vehicle, in some cases), it can be difficult for the police to piece together the identity of the perpetrator. That does not, however, mean the police will give up. If new evidence comes to light, they will follow up on the lead to try to track down the culprit.

The police may come across a key piece of evidence that leads to the capture of the driver that caused a wreck and ran. A new eyewitness, for example, who was afraid to come forward before might suddenly reveal what he or she knows. In some cases – especially serious hit-and-run accidents – the police will give the story to the news to help spread awareness. A news story can have a larger outreach and may find someone who knows about the crash or perpetrator. California law enforcement will be as aggressive as possible during hit-and-run investigations.

Recovering Through an Insurance Claim

If the police find the hit-and-run driver, he or she will be responsible for paying for victims’ damages. If not, the victim may be able to seek compensation through his or her automobile insurance policy. Uninsured and underinsured motorist insurance covers medical bills and property damages after hit-and-run accidents. Drivers with damages from a hit-and-run should call their insurance companies to see if filing a claim is possible. If not, the only other option for coverage may be a third-party claim. A hit and run accident lawyer in California can help hit-and-run victims investigate their crashes and identify outlets for financial recovery.