Losing somebody that you love is incredibly difficult. This is particularly true when someone loses their life too early as a result of the careless or negligent actions of other individuals, companies, or entities. When this happens, surviving family members and the estate of the deceased should be able to recover various types of compensation through a wrongful death lawsuit and a survival action claim. These are two different types of civil actions. 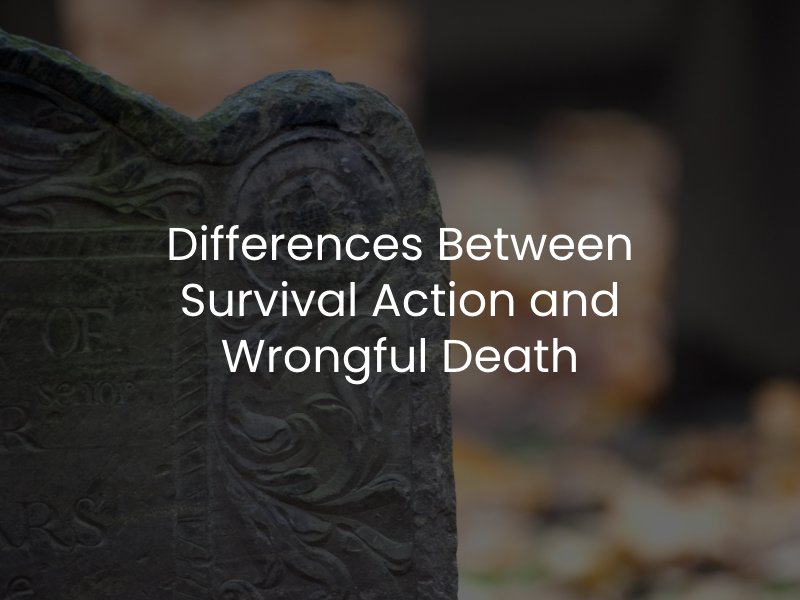 What is a Wrongful Death Claim in California?

When we turn to the Code of Civil Procedure 377.60 in California, we can see that wrongful death lawsuits allow surviving family members or the estate of the deceased to sue for damages when a person died as a result of the wrongful action of someone else. There are various types of damages that are recoverable through a wrongful death claim, including the following:

Wrongful death claims can be filed only by specific individuals, including:

What is a Survival Action in California?

When we look at California Code of Civil Procedure 377.30, we can see that survival actions are different from wrongful death claims, even though these two types of lawsuits are often filed together. Survival actions are filed on behalf of the estate of the deceased for damages that the deceased would have been able to recover had they survived and been able to file a personal injury lawsuit on their own behalf.

In other words, these claims will provide compensation for various aspects of the injuries the deceased sustained up until the time of their death, regardless of how short the timeframe was between the injuries and the death. Some of the types of damages recoverable through a survival action in California include:

Survival actions also have a two-year time limit, though it is slightly different than the timeframe for wrongful death claims. These claims must be filed by the estate within two years from the later of:

Working With an Attorney for These Claims

If you have lost somebody that you love as a result of the careless, negligent, or intentional actions of someone else in the state of California, you need an attorney to help you through this. Both wrongful death claims and survival actions can become incredibly complicated, particularly if you are looking to file both. A skilled lawyer will be able to investigate every aspect of your claim. They will help determine liability and handle all communication with other parties involved so you can focus on being with your family during this difficult time.