Can I Recover Compensation for an Accident if I Was Speeding?

If you were cited for speeding after a vehicle accident in California, you might think that you are not able to recover compensation for your injuries or property damage. That may not be the case, particularly if the negligence of another driver also contributed to the incident. California operates under a “pure comparative negligence” system. This means that individuals who are partially at fault may still be able to recover compensation for their losses. 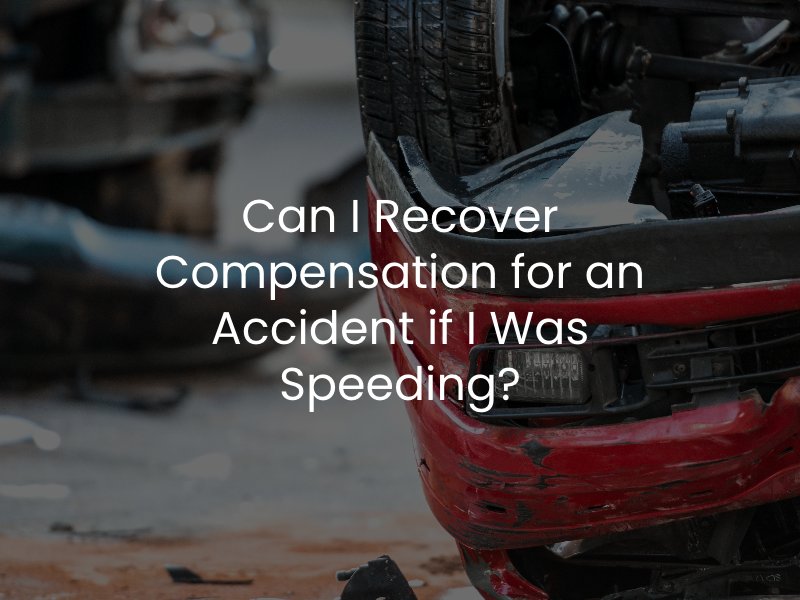 Recovering Compensation After an Accident and Receiving a Speeding Ticket

The last thing any person wants after being involved in a vehicle accident is to receive a citation from law enforcement officials. However, when police officers come to the scene of an accident to investigate, it is not uncommon for them to issue citations to one driver or more than one driver involved. In fact, the vast majority of vehicle accidents occur due to the careless or negligent actions of another driver, typically a traffic violation.

However, just because a person receives a citation for speeding after an accident does not necessarily mean that they will receive no compensation at all. Vehicle accident claims in California are rarely cut and dry. Often, there are multiple parties at fault for an incident, which opens the door to a person receiving a speeding citation to recover compensation for their injury and property damage expenses.

But how would this work?

Let us suppose that a driver is going above the speed limit but is then involved in an accident with a driver who was distracted by their phone or even a driver who was impaired by alcohol or drugs. In these situations, the totality of the circumstances will be examined to determine what percentage of fault each individual party had for the incident.

California operates under a “pure comparative negligence” system, which means individuals can recover compensation regardless of their percentage of fault, even if they are up to 99% responsible for the incident.

Working With an Attorney

It is imperative for individuals who sustain injuries or property damage in a vehicle accident to reach out to a skilled Sacramento auto accident lawyer as soon as possible. Even if you have been cited for speeding, you need to reach out to an attorney. Perhaps legal assistance is even more imperative in these situations. Insurance carriers and other parties involved will immediately try to place all of the blame onto a person who receives a speeding citation, and this is not necessarily fair.

An attorney can get started and conduct a complete investigation into the incident to determine the fault levels of all other parties involved in the incident. The ultimate goal is to make sure that you recover the compensation you are entitled to, even if you received a speeding citation. This could include coverage of medical bills related to the crash, property damage expenses, lost wages, pain and suffering damages, and more.