Accidents involving drunk drivers often result in severe injuries and extensive property damage. It is crucial for any person who operates a vehicle while impaired to be held accountable for their actions, both in criminal court and in civil court lawsuits. However, there may be other individuals who can be held accountable for the actions of a drunk driver. In some cases, this includes bartenders, restaurant servers, and any other person who sells or serves alcohol to individuals who go on to cause harm to others. 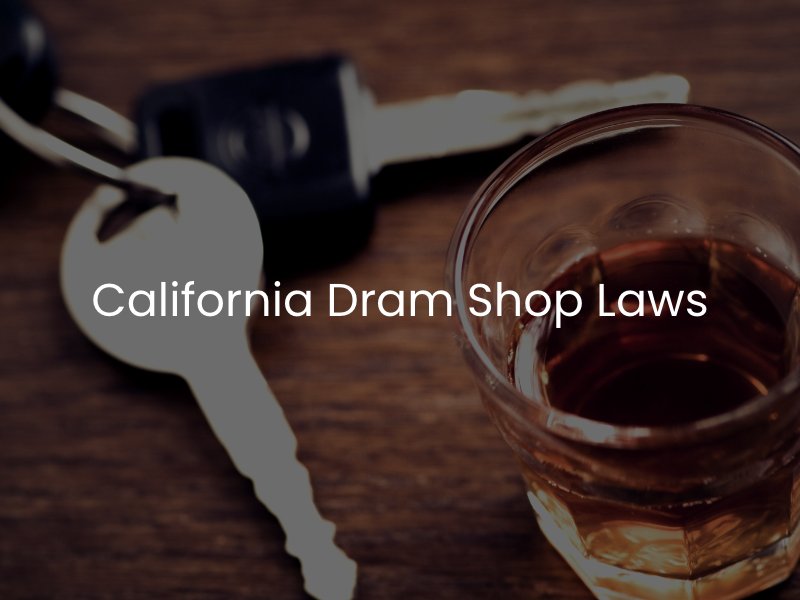 What is a Dram Shop Law?

When you hear the words “dram shop,” you likely think of something from the past. In fact, this terminology has been used for hundreds of years, with the name harkening back to the unit of measure that alcohol was traditionally sold in. Now, every state has dram shop laws that surround the responsibility of alcohol providers when it comes to serving beverages to individuals.
Most personal injury cases involve two parties: the person who sustains the injury and the person who allegedly caused the injury. For example, in a drunk driving accident case, we typically see the injury victim file a personal injury lawsuit against the impaired driver.

However, California has a dram shop law, also referred to as a social host law, where the injury victim may be able to seek compensation not just from the person who directly caused the injury, but from an alcohol vendor or host who served alcohol to the individual who caused the injury.

How to Prove a Dram Shop Law Case

In many states around the country, dram shop laws are fairly straightforward, and individuals are allowed to bring claims against those who serve alcohol to a visibly intoxicated person if that person goes on to cause harm to others as a result of their intoxication.

However, legislators in California have made it difficult for these cases to proceed forward. When we look directly at California Civil Code section 1714, we can see that law states that furnishing alcohol “is not the proximate cause of injuries resulting from intoxication, but rather the consumption of alcoholic beverages is the proximate cause of injuries inflicted upon another by an intoxicated person.”

Lawmakers in California have essentially prevented injury victims from holding restaurants, bars, social hosts, and others who serve alcohol responsible for their actions, even if they serve an obviously intoxicated person. There are some exceptions to this law.

The first exception applies to parents, guardians, or other adults at their residences who knowingly furnish alcohol to an individual that they know or should have known is under 21 years of age. When this occurs, the social host could be held liable for the actions of the intoxicated individual. Additionally, under this exception, the social host’s liability will extend to any injuries suffered by the underage person themselves if they are harmed due to their intoxication.

The second exception to the dram shop laws in California apply to businesses licensed to provide, sell, or serve alcohol if they serve alcoholic beverages to an “obviously intoxicated minor.” This is similar to the first exception, but revolves around bars, liquor stores, restaurants, and other providers of alcohol.

Individuals who successfully bring a dram shop claim against those who serve alcohol to underage individuals in California may be entitled to various types of compensation. This can include coverage of medical care as a result of the incident, lost wages if a victim cannot work, pain and suffering damages, property damage expenses, and more.