Anyone who gets on an airplane knows that there is a risk of turbulence occurring. While this is typically just an inconvenience and maybe a little bit nerve-wracking, there are times when turbulence is severe enough to cause injuries to passengers. In some cases, engine passengers may have a legal claim against an airline, airline employees, or aircraft manufacturers if they sustain an injury caused by turbulence during the flight. 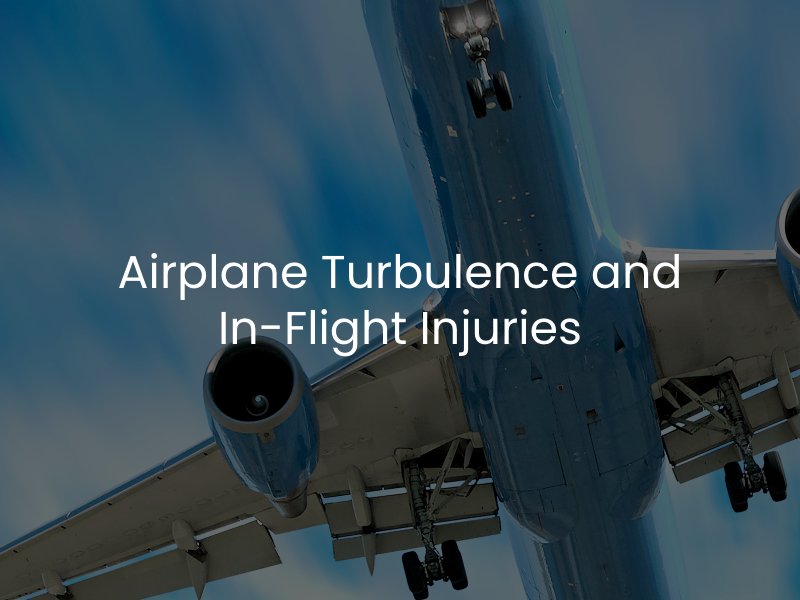 Concerning non-fatal accidents on airplanes, turbulence is the leading cause of injuries to passengers and flight attendants, according to information available from the Federal Aviation Administration (FAA). This is certainly one of the most common types of airline accidents that occur and has led to injuries and damages worth up to $500 million per year across the country.

Reports indicate that approximately 65,000 aircraft sustain moderate turbulence each year in the US and that more than 5,500 experience severe turbulence.

A recent report indicates that turbulence during flights may get worse over time. Paul Williams, a professor of atmospheric science at the University of Reading in the UK, believes that climate change could lead to an increase in the occurrences and severity of turbulence in the air.

Legal Claims in These Cases

Pilots and airlines cannot control the fact that turbulence occurs, but they are in control of various other aspects surrounding the plane and securing the plane. One of the main causes of injuries when turbulence occurs includes baggage or other items falling from overhead bins as well as slip and fall incidents when individuals are on the way to and from the restroom. Additionally, turbulence injuries can occur as a result of rolling food carts caused by unsecured carts that move around when turbulence occurs.

Individuals have successfully brought legal claims against airlines, airline and component manufacturers, and employees as a result of inflight injuries caused by turbulence.

In order to recover compensation, it will need to be shown that an employee, the airline, or some other entity was negligent in causing the injury. This could include failing to adequately secure overhead compartments, failing to use proper stops on food carts, or allowing individuals to roam the cabin when turbulence was present or expected. Additionally, if a defect in the plane or a part on the plane caused an injury, the manufacturer of the airplane or individual part could be held liable in a product liability lawsuit.

Airlines fall under the category of “common carrier,” which means they transport members of the public for a fee. This means that the airlines have a heightened duty of care when it comes to the safety of passengers and protecting them from potential harm.

Individuals who sustain injuries caused by turbulence need to speak to a skilled personal injury attorney as soon as possible. These cases can be incredibly difficult to prove, but it is crucial for individuals to recover compensation for their medical bills, pain and suffering losses, and lost wages if they sustain an injury caused by the negligence of the airline or an employee.