Window tint serves many purposes. Not only does having darkened windows on your vehicle tend to make the car look better and allow for more privacy, at least in some people’s opinions, but appropriate window tint can also help increase your visibility on the roadway. However, it is important to understand that California window tint laws have been in place since 1999. All drivers in California need to understand these laws, preferably before they have aftermarket tint installed on their vehicles. 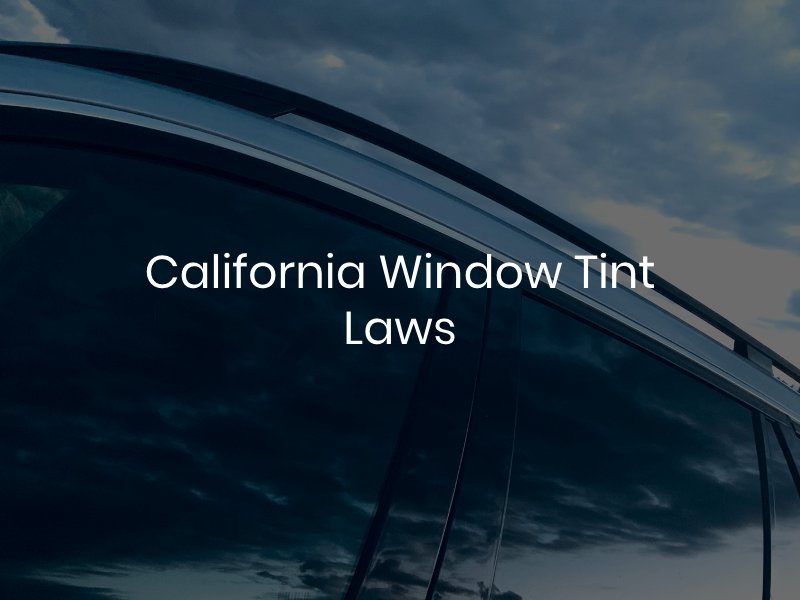 What are California’s Window Tint Laws?

When dealing with California’s window tint laws, you are going to see percentages. Specifically, we are going to talk about the percentage of visible light allowed through the vehicle’s windows. This is called the Visible Light Transmission (VLT).

The percentage of light that is allowed through a vehicle’s windows in California is very specific, and it differs depending on which windows we are discussing on the vehicle.

What About Tint Reflection?

What are the Penalties for Violating California’s Window Tint Law?

There are various penalties that a person could face for violating California’s window tint law. First, a person may be assessed a fine of $25 and be ordered to remove any window tinting on the vehicle. A person could also be charged with an infraction that results in them having to pay $197.

There are no points assessed to a person’s driving record for window tint violations in California.

Anything that produces a driver’s visibility is unsafe. While legal tinting will not impact a person’s visibility when driving, dark aftermarket tinting could cause an accident. In California, the state operates on a comparative negligence system, meaning more than one party may be responsible for causing an accident. If it can be determined that a person’s dark window tint played a role in causing the crash, then the driver with the dark tint may be assigned partial fault by a jury in an accident case. This could result in reduced damages being awarded.

For example, if a person with illegal window tint proceeds through an intersection after stopping at a stop sign but is struck by a vehicle moving at a high rate of speed that ran a different stop sign, then typically the driver that runs the stop sign will be at fault and liable for any damages. However, it could be argued in court that the driver with the illegal tint should have seen the speeding driver coming and not proceeded through the intersection. In this case, the driver with illegal tint may be found to be partially at fault for the incident, and therefore receive reduced damages. To learn more about compensation after a car collision, speak with an experienced auto accident attorney.