There are times when injuries occur, and only one party is responsible for causing harm. However, that is not always the case. Sometimes, there is shared fault for an injury, which can complicate the process of one or more people recovering compensation. Here, we want to discuss the shared fault laws in California so you have an understanding of what to expect for your injury claim. 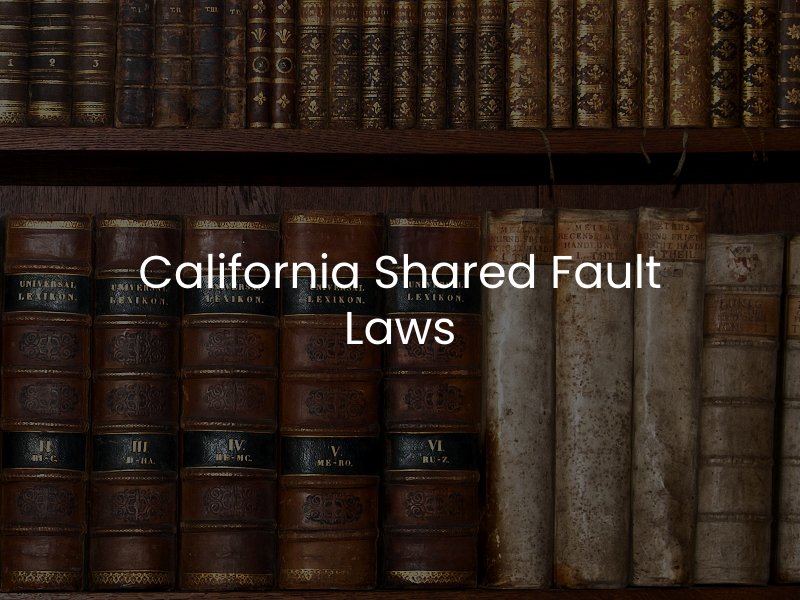 The state of California operates under a “pure comparative negligence” system, one of only a handful of states around the country to do so. Under this type of system, individuals can recover compensation regardless of how much fault they have for an incident, even up to 99% at fault.

Other states around the country typically use another version of a modified comparative negligence system, often prohibiting individuals from recovering compensation if they are 50% or 51% or more responsible for the incident and their injuries. There are only a few states that use a contributory negligence system, which prohibits individuals from recovering compensation even if they are just 1% responsible for the incident.

How Does This Affect an Injury Claim?

Suppose a passenger car driver sustains $1 million worth of damages as a result of a severe commercial truck accident. If it is found that the truck driver or trucking company was 100% at fault for the incident, then the individual would receive all of the compensation.

However, let us suppose that a jury determines that the driver of the passenger vehicle was 30% responsible for the incident because of some type of equipment failure on their vehicle. In this circumstance, the pure comparative negligence system would be used, and the individual would receive $700,000 instead of the full $1 million.

Now let us suppose that the driver of the passenger vehicle was 70% responsible for the incident because they failed to yield the right of way, but the jury still determines that the truck driver or company was 30% responsible due to the reckless driving actions of the driver. In many states around the country, this level of fault on the part of the driver would prohibit them from recovering compensation. However, in California, the driver would receive $300,000 instead of nothing. Even though this is much less than their total losses, it still does provide some compensation to account for the fault of the truck driver or company.

Working With an Attorney

If you or somebody you care about has been injured due to the negligent actions of another party, you should work with a skilled personal injury lawyer immediately. These claims can become challenging, particularly if the at-fault party tries to blame the injury victim. An experienced lawyer will use their resources to fully investigate the incident to determine the levels of fault for all parties involved. They will fully defend their client against aggressive insurance carriers, and they will prepare the claim for trial.